Canalix is a product that is inspired by a vision for a future with smart cities and better quality of life. This vision has been capturing the human imagination for decades. There are as many different visions about it, as there are people. But we can still outline one common definition that answers to the question “What is a smart city?”:

“Smart city” is a vision that integrates technology and ideas for better, faster and more effective management of city’s assets with the purpose of improving the life of the citizens. A smart city uses data-driven automation and AI optimization to drive digital transformation. It is the key point for realizing the promise for better life.

As a business optimization platform Canalix delivers the kind of transformational efficiency improvements that the top smart cities in the world have already adopted in one way or another. If we have to draw a line that connects the top smart cities in the world, then it will all come to data. It means that if there is available data, then there is a base on which digital transformation can start its way. This is so because the transformation we talk about depends only on facts, not on politics.

Which are the top five smart cities in the world?

This article will introduce you to the top five smart cities in the world for 2019. We selected the cities based on the IESE Cities in Motion index. It is an initiative that connects global network of experts in cities, specialists in private companies and local governments from around the world. The platform’s mission is to promote the Cities in Motion index with an innovative approach to city governance. It also aims to promote new urban model for the 21st century based on factors and values that are at the heart of Canalix’s values: transformational efficiency, sustainability, public trust and connected territory.

The ranking index includes hundred cities. But the top 5 is always the most interesting. Since the HQ of Canalix is located in the city that ranks at number 5,  we are very excited to begin with it. 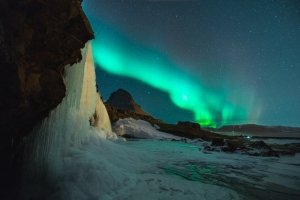 Reykjavik is a small city but with high ranking in the Cities in Motion index. There are solid reasons for this good position. What this city does extremely right is in the dimensions of environment. 99% of the electricity production and 80% of the total energy production in Reykjavik come from hydroelectric and geothermal energy. In other words it means that the buildings in this city are naturally green. When we talk about winners in the environmental dimension of the smart cities, Reykjavik is definitely one of them.

Side note: the environmental appeal is important in times of climate change. That’s why one of the promises of Canalix is the reduction of carbon footprint. Our users data shows that the product can optimize the inspection regime of public and private organisation by reducing the total travelled distance by up to 40%.  Read more about the benefits of Canalix here. 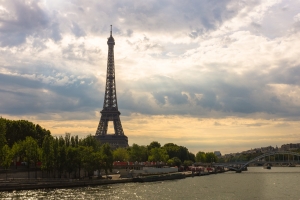 Paris ranks 4th in the index for 2019. The French capital claims its position mainly because of its international outreach, mobility and transportation. One of the remarkable characteristics of Paris is that its development is led by the idea for open innovation. This gives to citizens and interested parties access and control to the city’s data flows. It’s a confirmation that in a world where the access to data is the first step towards digital transformation, the winners win by approaching open policies about it. 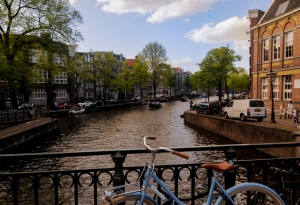 Amsterdam is a city that combines technology, energy efficiency and rich culture. It’s no wonder that the city ranks so high in the index. It was no surprise to learn that 90% of the households in Amsterdam have bicycles. On the other hand this is directly connected with the city’s advanced system of automated services for the public use of shared bicycles. By 2025 the Dutch capital will be Europe’s first zero-emissions city. 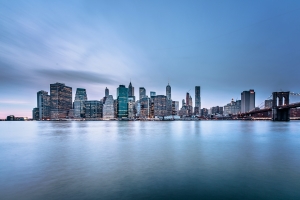 New York is the world’s most important economic center. It’s no surprise that the Big Apple takes the second highest position in the ranking. It can be said a lot about NYC’s human hapital, urban planning, technology, international outreach, mobility and transportation. No one will be surprised to learn that the city ranks good on all of those dimensions, given its booming economy. The only dimension in which New York lacks is the social coherence. Which is also no surprise no anyone. 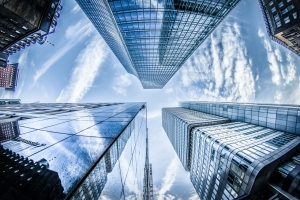 London tops the ranking, because the city scores remarkably good on all dimensions analyzed by the index. The British capital ranks first for human capital and international outreach. It is also recognised for the factors mobility and transportation, international outreach, economy, governance, technology and urban planning.

In London there are more start-up companies than almost any other city in the world. The city also has an open data platform (London Datastore) that is used by more than 50,000 individuals, companies, researchers and developers every month.

We started this article with the definition of smart city and what’s the common between the top smart cities in the world. It’s the data. And now you probably wonder what’s the common between Canalix and the vision for smart cities? Thanks to a data-drive automation and AI optimization Canalix delivers transformation efficiency improvements to regulatory bodies. The product’s specific focus on inspection driven enforcement turns it into a regulatory management software that can add-up to the smart city plan your organisaton is following.

If you’re looking for a digital transformation solution that is compatible with your smart city vision, contact us here.

Smart cities rank good in the index because they provide service automation. If you want to learn more about the digital transformation solution with which regulatory bodies can automate their services, read our article about industry specific inspection platforms.

Any cookies that may not be particularly necessary for the website to function and is used specifically to collect user personal data via analytics, ads, other embedded contents are termed as non-necessary cookies. It is mandatory to procure user consent prior to running these cookies on your website.